Alex Stern was born in Illinois in 1858 and came to Fargo in 1880 to found Alex Stern & Company, a clothing company eventually located on the southwest corner of NP Avenue and Broadway. In 1883, he married Bertha Kaufman and the couple had three sons, William in 1886, Samuel in 1888, and Edward in 1896. Alex Stern was a strong civic leader: a city commissioner and then mayor, a member of the State Legislature, city alderman for three terms and a school board member for three terms.

He started the Dakota National Bank in 1916 on the corner opposite from his clothing store. Alex Stern died in 1934 and Bertha died in 1930. 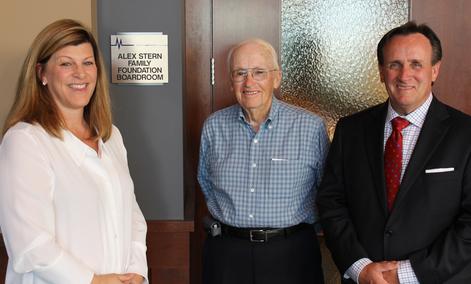 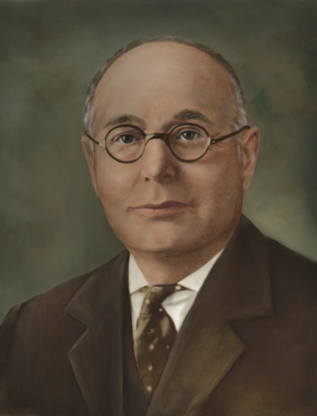 Edward Stern served as a public relations director for Northwest Airlines and also served on the US Senate Commerce Committee as a consultant. He lived in Washington, D.C., his adult life. Edward died in 1977.

With no direct heirs in the Stern family, Sam and Ed set up the Alex Stern Family Foundation when they inherited William’s estate in 1964 as a way to honor their family members. The Foundation was to become active upon the last brother’s death, which occurred in 1977. The original Foundation document has this language; "The funds are to be used to enhance charitable and literacy causes in the Fargo-Moorhead area because it was here that the Stern Family had good fortune."

At inception, the Foundation had assets of just over $1 million. Now in its 43rd year, its assets are $10 million, and more than $16.5 million in grants have been invested locally in Cass & Clay counties.

Each of their sons served in World War I. William (Bill) became president of Dakota Bank upon the death of his father. Bill was very active in Republican party politics and served as a national committeeman for several years. He was among the founders of Northwest Airlines and became its first president and a long-time member of its board of directors. He was very active locally and nationally with the American Legion. William Stern died in 1964.

Sam Stern worked for the clothing company and married Helen Hart, from the family of suit-maker Hart-Schaffner-Marx. Sam and Helen had two children, both dying at very young ages. Sam was active in the Elks Club and served as the National Grand Exalted Ruler. Sam died in 1967.